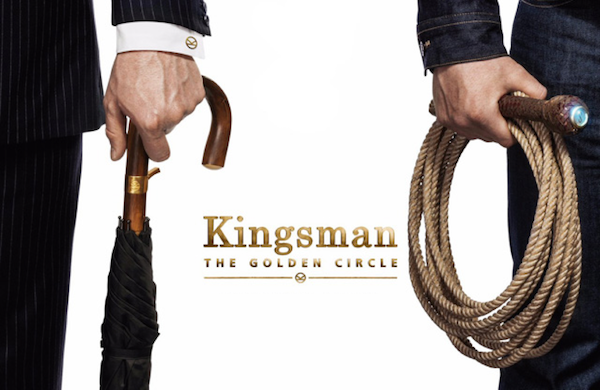 It was my birthday a few days ago (no.. this isn’t the opportunity but if you are feeling generous in Cannes, I will gladly accept a drink if you are offering!).

For my birthday, I went to the cinema. The day had finally come when Kingsman – The Golden Circle had been released. As I settled in and began watching the film it dawned on me that Travel Retail had just missed a big opportunity. realised just how much this film applied to the Travel Retail market. I am not talking about the storyline here. I am talking about the product placements. For the storyline, check out the trailer here :

The film is a spy comedy based on a London tailors that also happens to be a secret intelligence agency. With the motto ‘Manners Maketh Man’ and a nod to good grooming it paves the way to characters that have the trappings of a luxury jetset lifestyle where the focus is on quality. As a final point, it refers to the modern gentleman’s armour as his suit.

If we think about luxury lifestyle and quality products for a moment, the film has a wide array of product placements that are relevant to Travel Retail. The categories of products that appeared in the film included:

So, with this in mind, a collaboration could have worked. Duty Free retailers could appeal to a broad audience (cinema goers young and old are loving the film and social media has been alight with comments).

So here is some blue sky thinking….

An amazing activation could be created in an airport with a mezzanine level. Imagine a pop-up tailor shop on the upper level (this is the experiential part) and then at the back there is a door to a changing room. In the film, the changing room becomes a lift. This takes them down to a room deep beneath the shop. This could be re-created in the airport where shoppers are taken down and the door opens up into another pop-up shop that has a display that is linked to the categories above.

To make this even better, imagine opening the door to find Merlin. Merlin is a character in both films that is a bit like the modern day Q in James Bond. Merlin, based on the social media chatter off the back of Kingsman 2 clearly has a big fan base.

OK… justifying the commercials behind this might be a little bit of a stretch but great activations start with a concept and then they are refined.

In terms of a pop up shop, Mr Porter, the web based clothing retailer has set up a Kingsman pop-up shop in London next to Berry Bros wine merchants. More details can be found here :

On Mr Porter, there are a whole range of products available exclusively on their site and guess what, it isn’t cheap. The products are about quality though.

OK. So some of you might think I have gone way out of the box on this and that is fine. The key point here is that films, music, concerts, books and more have a wonderful way of bridging generational age gaps in a highly relevant way.

Whatever your view of the film, it has introduced a new generation to the concept of quality, luxury and (hopefully!) manners.

Does fim have an effect? Well, I went to a meeting in London last week. On the way back I decided to walk from Green Park to Kings Cross. It was raining and I didnt have an umbrella (mine was stolen!). I decided to try and get a new one and I really liked the traditional walking stick style with a wooden handle. Despite visiting a number of shops, I couldnt find one. Why? They had a run on them and had sold out.

Travel Retail Must Broaden Its Horizons

It is easy to think of our channel in terms of product and activations that focus on product or the brand. To create interest, to stimulate curiosity and to help shoppers associate our channel and products as relevant, we need to think a little differently.

Remember, our channel can bring huge focus to the films that are launching on the silver screens around the world. It is a win-win relationship that could be sparked.

I would love to hear your thoughts. Drop me a line at kevin.brocklebank@oneredkite.com.

Thanks for reading and sharing.

5 Lessons From The Tour de France

Experiential Marketing in Travel Retail – Should we have a different focus?

What I Learned From Selling To Over 50,000 Shoppers